The Hunter MQ-5B is a Tactical Unmanned Aerial Vehicle (TUAV) with reconnaissance, surveillance and target acquisition (RSTA) capability. The Hunter is currently supporting the troops in Operation Enduring Freedom and Operation Iraqi Freedom. It has been in service with the U.S. Army since the early 1990’s and has seen over 80,000 combat hours and over 100,000 flight hours. 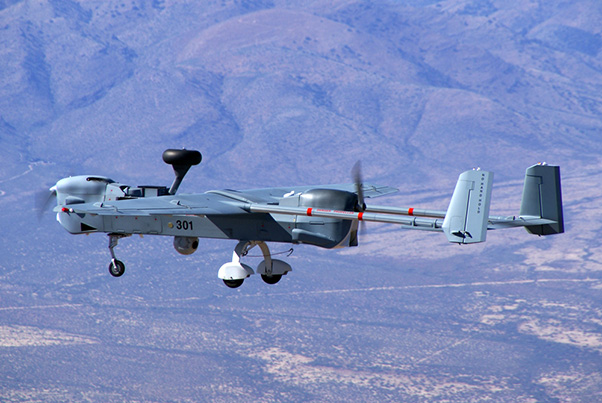 The Hunter is one of the first UAV’s to incorporate Automatic Take Off and Landing (ATOL) technology for a fully autonomous flight including pre-programmed way points. The Hunter is used for ISR and RSTA and has had an impeccable service record in flight service and uptime. It also assists in the hunter-killer role as a communications relay point for other assets in the area such as Apaches, AAI’s Shadow UAV and ground troops. Some Hunters have been armed with two Northrop Grumman Viper Strike laser guided munitions designed to take out targets with little or no collateral damage.