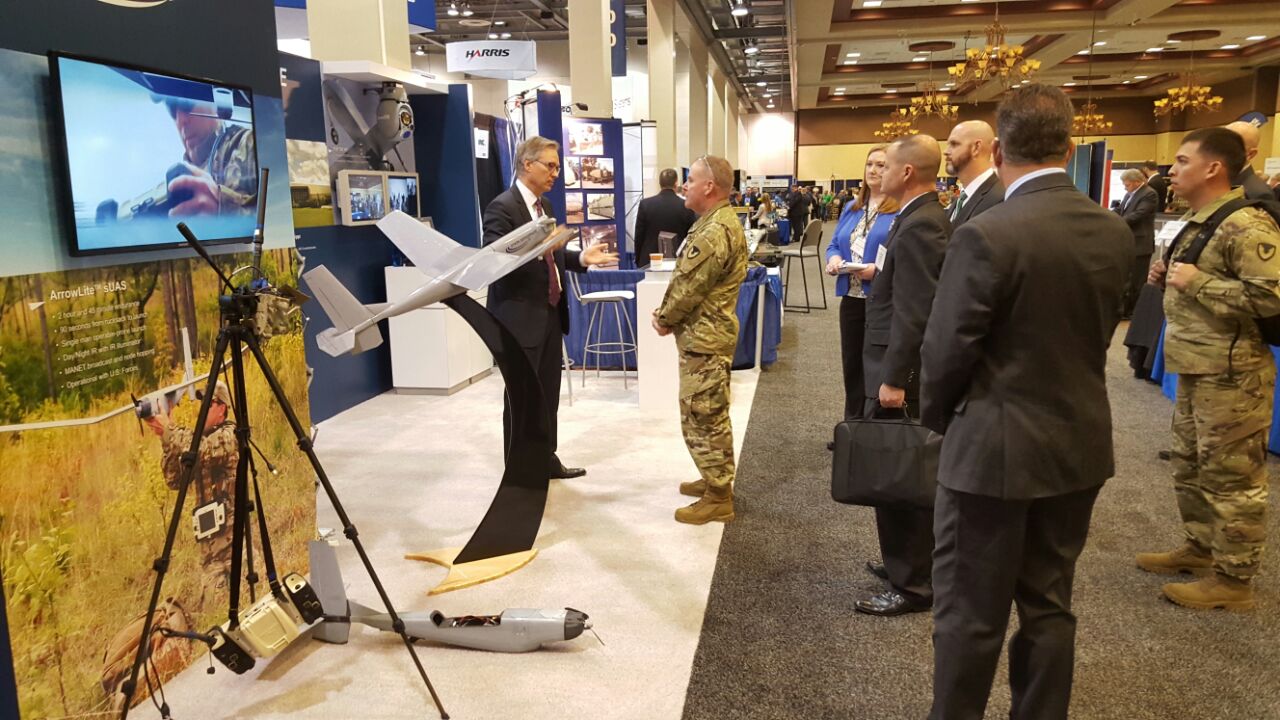 Stark Aerospace of Columbus, Mississippi showcased its latest technology for the Army at the AUSA Global Force Symposium in Huntsville, AL March 15-17, 2016.

Stark Aerospace demonstrated the latest version of the Shadow EO/IR sensor- the POP300HD that includes a High Definition (HD) daylight electro-optic camera as well as full HD for IR night operations. The affordable upgrade successfully completed U.S. Government Shadow flight testing to rave reviews and is ready now to deliver to the Shadow fleet. The Stark Aerospace team is proud of their record of delivering and servicing over one thousand POP 300 payloads to the Shadow RQ-7 program.

A working ArrowLite small UAS system was also on display. The Stark Aerospace ArrowLite has an endurance of 2 hours and 45 minutes, can be assembled and launched from a rucksack in 90 seconds, and is currently operational with U.S. Forces. ArrowLite was developed on a Combatting Terrorism Technical Support Office (CTTSO) contract and is available now for purchase and also available for export.

The Stark team also presented the Panther tilt rotor, runway independent VTOL UAS. The 26 foot wingspan UAS is electric powered for quiet operations with an auxiliary generator for extended (10 hours) endurance. The Panther is configured with an EO/IR payload and currently in flight test with our parent company, Israel Aerospace Industries Ltd. Panther has over 150 flight hours in its present configuration. Adapting the proven flight controls, avionics and hardware to specific Army or Special Forces can provide a low-risk, near term path to a runway independent Class 3 UAS that can be produced in Columbus, MS.

Stark Aerospace looks forward to continuing to support our soldiers with the best, most reliable sensors and unmanned systems in the fight.